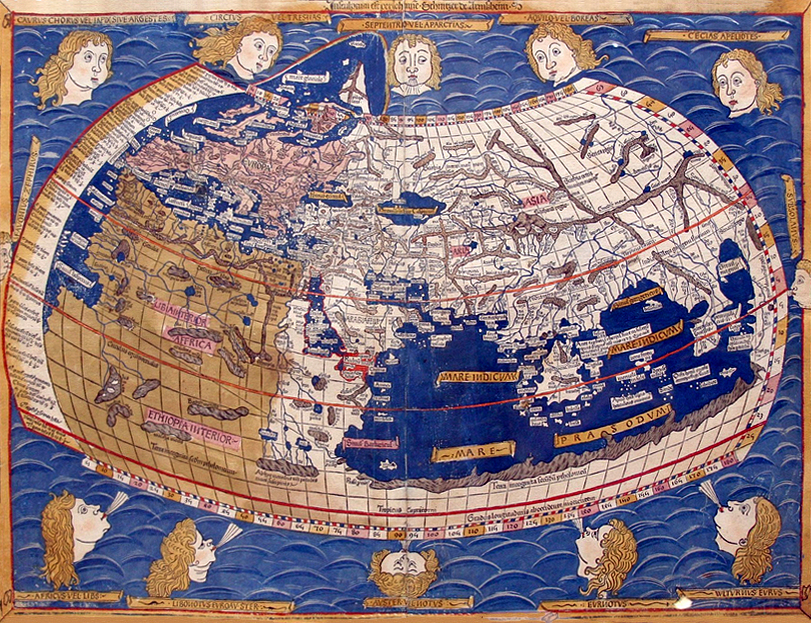 It was only in the 15th century when global coordinate system revolutionized scientific world.

Ptolomeus’ Ecumene is a reconstruction of Geographia, a compilation of thousands of references to various parts of the old world during second century EC, including coordinates which allowed cartographers to reconstruct Ptolemy’s world view.  Maps, were created centuries later aggregating information and using for the first time longitudinal and latitudinal lines and the specifying of terrestrial locations by celestial observations.