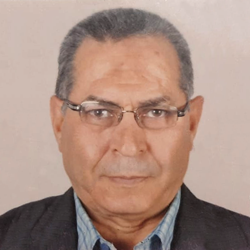 Elsayed, a chemical engineer, has spent three decades working on Research and Development and applied technologies to climate change mitigation.

For over a decade he has acted as Head of Climate Change Unit and UNFCCC/IPCC focal point in the Ministry of Environment in Egypt, where he was responsible of the Governments position and National Determined Contribution on low carbon development and mitigation coordinating the UNFCCC meetings and leading the climate change negotiations.

A member of the Egyptian Sustainable Development Forum, he was elected as a board member representing Africa from 2007-2010 in the Global Climate Adaptation Fund Board for CC.

Elsayed has seasoned negotiation skills, leading climate change convention, Kyoto Protocol and the IPCC task force on GHGs Inventory. As the National project director of Egypt Second National Communication (SNC) he understands the UNFCCC negotiation process and the applied Rules and Procedures of the Convention, acted as lead negotiator and spoke person of the African Group in number of issues, co-chaired number of negotiating groups.

He then joined the ClimaSouth programme funded by EU as the senior expert on low carbon development where he contributed to strengthening the capacity of southern EU Mediterranean countries in climate change mitigation issues including greenhouse gases reporting and mitigation including NAMA, LEDS and NMMs.