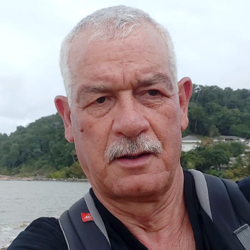 Mohammed is a weather, water and climate scientist with more than 40 years of world experience in the field meteorological sciences. He is a passionate advocate of the use of science, earth and space information technologies, to improve the quality of life of vulnerable communities. Mohammed has been a pioneer contributor to the creation and improvement of National and Regional Hydrometeorological Institutions and Services in Africa, mobilizing human and financial resources, networking and building national capacities for weather-water and climate services. For the relevant applications, he has been focusing on resilient economies and specially agriculture production, water resources management, disaster risk reduction, health protection and energy efficiency.

Mohammed’s career is structured around profuse contributions to integration and application of new technologies in climate change adaptation measures, based on facilitation of access to scientific information, coordination between many relevant Institutions and programs and building a culture of risk and opportunities management in a changing climate.

As founder and First Director General of the African Centre of Meteorological Applications for Development (ACMAD) for more than a decade, he acted as Chief of Operations and strategically managed the scientific information and applications of atmospheric and climatic processes over Africa; collecting, analyzing and disseminating meteorological and hydrological information to all hydrometeorological organizations; providing a meteorological watch and early warning system over Africa and; promoting the training of African scientists and technicians in the application of meteorology for development.

He has provided strategic guidance to major climate service organizations in Africa, The Caribbean and The Pacific. First, in 2007, he initiated and contributed to the formulation of the African Development Bank (AfDB) Strategy in Climate Risk Management and Adaptation, then the ClimDevAfrica Special Fund (2011), building on the recommendations of the First Climate for Development Conference in Addis-Ababa (April 2006). Second, In 2010, while contributing to the organisation of the ADF-VII , Africa Development Forum on Climate Change, and formulating Its Action Plan, he facilitated the negotiations between AUC, UNECA and AfDB for the Joint and coordinated Implementation and resourcing of the most influential Climate Services initiative in Africa: the ClimDevAfrica Programme, launched in October 2010.

Since he joined OIKO in 2013, Mohammed has led multidisciplinary teams of earth observation & information technology scientists in the formulation and implementation of climate services and relevant applications, targeting the community level, building information systems at the local level (last mile initiative for climate services) for more preparedness and appropriate management of risks and opportunities in a changing climate.

Mohammed holds a B.Sc. in Maths &Physics from the University of Algiers (1970), a M.Sc./Class 1 Meteorologist from the WMO-Regional Training and Research Institute in Hydro-Meteorology IHFR-Algeria (1972), and a Research Certificate In Agro-Meteorology from CSIRO-Division of Atmospheric Physics, Melbourne, Australia (1973).